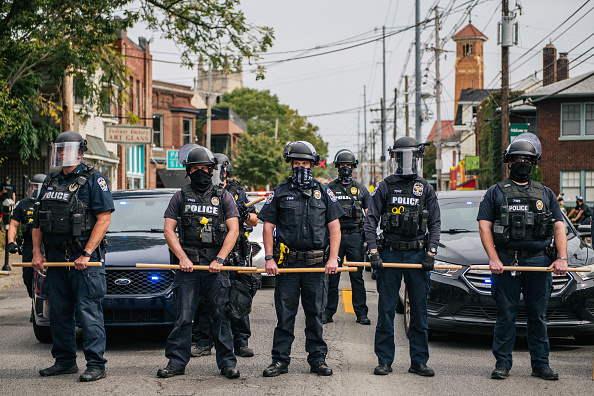 LOUISVILLE, KY - SEPTEMBER 23: Police officers form a line during protests on September 23, 2020 in Louisville, Kentucky. Protesters marched in the streets after a Kentucky Grand Jury indicted one of the three officers involved in the killing of Breonna Taylor with wanton endangerment. Taylor was fatally shot by Louisville Metro Police officers during a no-knock warrant at her apartment on March 13, 2020 in Louisville, Kentucky. (Photo by Brandon Bell/Getty Images)

It is being reported that an officer has been shot at the corner of Brook St. and Broadway in downtown Louisville just before 9 p.m. This was going to be the start of the first night of a 72 hour citywide curfew that is starting as of today! Reports are that there were “protestors” walking back towards “Jefferson Square” or “Breeway” as known by protestors, when an aggressive confrontation between officers and protestors began saying…”it’s not even 9 p.m., we don’t have to go anywhere!” Shots began to ring out and 2 LMPD officers were shot!? Protestors are upset that none of the officers involved are being charged for murder, and only 1 officer was indicted by the grand jury for wanton endangerment! Here’s a report from our media partner Wave3 News… 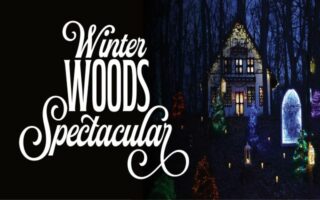 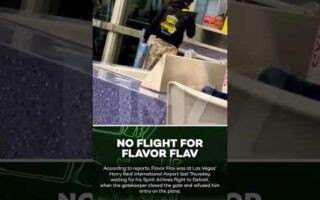 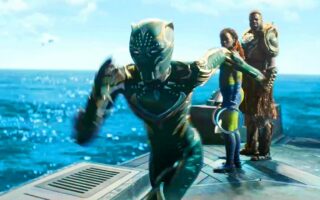