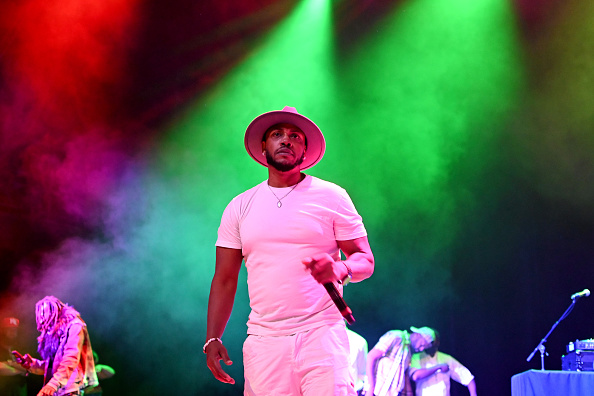 *As we previously reported, rapper Mystikal, real name is Michael Tyler, was arrested and booked into the Ascension Parish jail in Louisiana on several charges over the weekend.

He’s facing several charges including first-degree rape, simple robbery, domestic abuse battery as well as strangulation, false Imprisonment, and simple criminal damage to property. As of Monday morning, the 52-year-old entertainer was denied bond by a judge following his latest arrest for rape.

So what the heck happened this time? According to @wafb citing a spokesman with the Ascension Parish Sheriff’s Office (APSO), on Saturday, July 30 just before midnight, deputies responded to a local hospital in reference to a sexual assault. Detectives interviewed the victim, who sustained minor injuries during the attack. Following an investigation, Mystikal was reportedly identified as a suspect, the arrest report states.

He was arrested and booked into the Ascension Parish Jail on Sunday, July 31. Further details have yet to be shared as the investigation is ongoing.

Wait. There’s more info about the alleged rape via WBRZ.

An arrest warrant detailed the violent assault, which happened Saturday and involved an acquaintance who was visiting Tyler’s home in Prairieville.

Documents said Tyler accused the woman of stealing $100 cash from him before punching her, pulling braids out of her hair and taking her keys and phone to prevent her from leaving.

After he allegedly raped the woman, she phoned a friend who met her at a Baton Rouge hospital. At the emergency room, a sexual assault kit was performed on the victim and deputies found injuries consistent with her description of the assault.

Mystikal previously faced sexual crime allegations in 2004 after sexually assaulting his hairstylist, news outlets reported. He spent six years in prison following the arrest and registered as a sex offender upon his release.