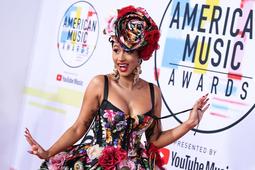 Cardi B is considering going vegan after problems with her digestive system surfaced.

The actor/rapper told her 20 million followers on Twitter that she suffered from a stomach virus a while ago and has been looking at raw food and taking probiotics but nothing has helped.  “I want to go vegan but I love meat,” Cardi B wrote, “are vegan meat replacements similar to meat in taste or not really?”

One fan questioned whether Cardi would give up her beloved seafood boils.

As of now, Cardi hasn’t made a decision on giving up meat. Baby steps Cardi, baby steps.