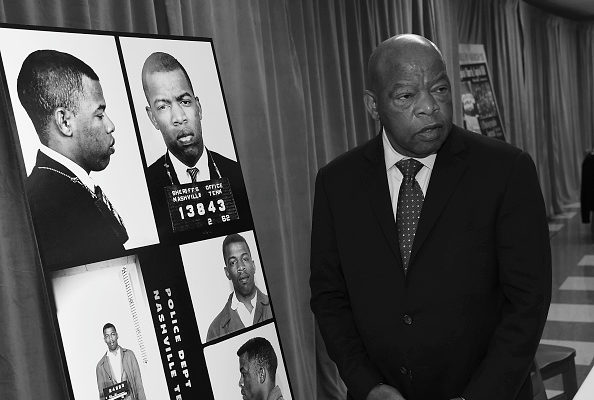 NASHVILLE, TN - NOVEMBER 19: (EDITORS NOTE: Image has been converted to black and white) Congressman/Civil Rights Icon John Lewis views for the first time images and his arrest record for leading a nonviolent sit-in at Nashville's segreated lunch counters, March 5, 1963. He was eariler honored with the Nashville Public Library Literary Award on November 19, 2016 in Nashville, Tennessee. (Photo by Rick Diamond/Getty Images)

John Lewis, United States representative for Georgia and legendary civil rights leader, passes away at 80 yrs. old over the weekend. He had recently been diagnosed with cancer and succumbed to the illness. Lewis marched on the Edmond Pettus Bridge in Selma, Alabama to fight for voting rights in 1965. Lewis is very instrumental in the fight for equality and justice The Voting Rights Act and even spoke at the historic “March on Washington!” He will be truly missed and remembered for his contributions.