D.L. Hughley on Why Kanye West is the ‘Worst F*cking Kind of Human Being 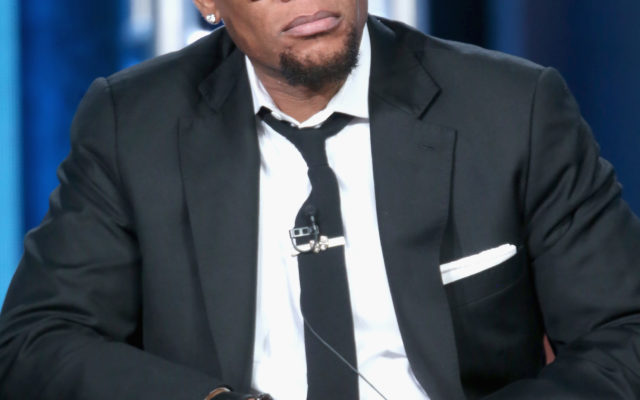 *D.L. Hughley is back at taking shots at Kanye West and his political agenda.

During a recent interview with VladTV, Hughley alleged the rapper is using his alleged mental illness as a way to hide his true White House motives.

“What Kanye does that I despise is he constantly puts an asterisk next to slavery. Like it wasn’t that bad,” Hughley said at the beginning of the clip above.

“He and Donald Trump are exactly the same kind of people,” Hughley continued. “They are demigods, they are narcissists, neither of them read, and I’ve seen both of their wives naked. … [Kanye West] is the worst fucking kind of human being.”

The comedian also noted that Ye’s controversial comments about Harriet Tubman at his South Carolina rally, conveniently came as the Army was mulling renaming confederate bases.

“Donald Trump said ‘Who are we going to put on the base? Al Sharpton?’ Of course, people know Al Sharpton’s not going to be a base, but Harriet Tubman might,” Hughley said. “Is it really that coincidental that you bring up Harriet Tubman at a time when we’re talking about who we’re going to name these bases after?”

Hughley previously made clear that the does not believe the rapper is consumed by his mental illness.

He dished about Ye’s mental state during a conversation with Chanel Omari on Fanroom Live. As reported by Complex, Hughley noted that while Ye may be suffering from some form of mental instability, he also believes the rapper is using it as an excuse to act out publicly in order to stir up conversation.

“There is no doubt that he suffers from some level of mental illness, but it isn’t why he’s misogynistic, it isn’t why he’s disrespectful to our history,” Hughley told Omari. “You don’t have to be mentally ill to put an asterisk on slavery and he consistently does it whether it’s Harriet Tubman, when he denigrated her, whether he’s talking about slaves—he’s not so mentally ill that he’ll talk about any other people. He talks about people he can get away with.”

During his interview with Vlad, Hughley noted the homeless people who are mentally ill but they don’t get attention or care that Kanye receives.

“There’s a lot of homeless people who have had tragedy happen to them and they couldn’t put it together and they don’t live in Wyoming and Calabasas,” Hughley said.