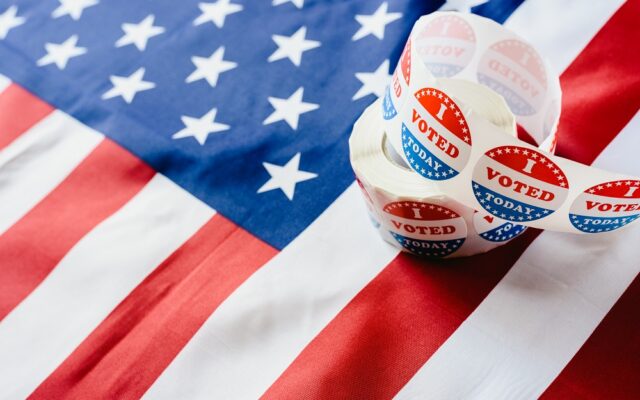 I vote today stickers roll, in US elections on American flag.

The results are in from Tuesday’s election!

Cory Booker could not garner enough votes to defeat Rand Paul for the US Senate Seat.

Voters in Kentucky have rejected a ballot measure that would have removed all constitutional protections for abortion.

The proposed amendment was narrowly voted down on Tuesday, by just over 51%.

The vote can be considered a victory for abortion rights advocates – but it won’t have any effect on the state’s abortion ban, which passed earlier this year.