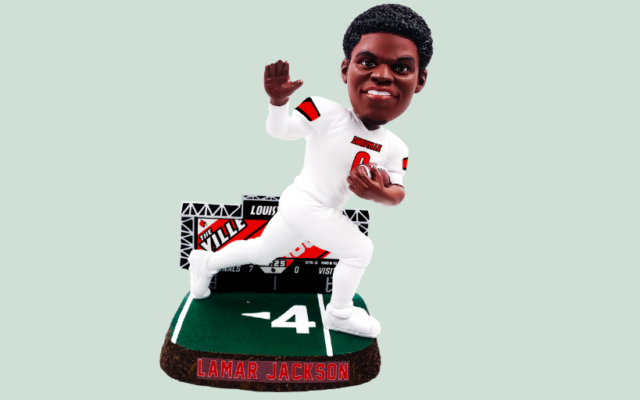 You read right folks, the National Bobblehead Hall of Fame and Museum unveiled an officially licensed, limited edition bobblehead featuring none other than Louisville’s own Lamar Jackson striking that nostalgic Heisman pose that we all loved to see.

Wearing a white Louisville jersey, the smiling Jackson is in the Heisman Trophy pose on a football field base with a scoreboard in the background. Each bobblehead will be individually numbered to only 2,020, and they are available for pre-order through the National Bobblehead Hall of Fame and Museum’s Online Store. The bobbleheads are $40 plus a flat-rate shipping charge of $8 per order and will ship to customers in July. 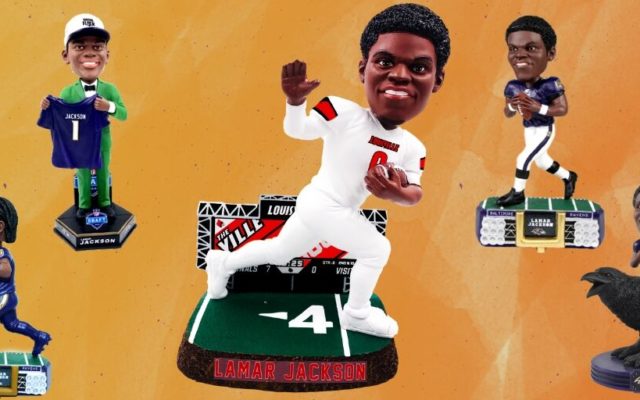 A Heisman Trophy winner as a sophomore at the University of Louisville, Jackson was also a Heisman finalist as a junior before turning pro. In three seasons with the Cardinals, he passed for 9,043 yards and 69 TDs and rushed for 4,132 yards and 50 TDs.

Jackson’s bobbleheads have been among the most popular over the past year. Previously released bobbleheads include the 2018 NFL Draft Bobblehead, Stadium Lights Bobbleheads and Riding Raven Bobblehead. There is also a three-foot-tall bobblehead of Lamar Jackson in the works with expected delivery in July.

The bobbleheads were produced for the National Bobblehead Hall of Fame and Museum by FOCO, an official licensee and manufacturer of Louisville Cardinal, Baltimore Raven and NFL merchandise.