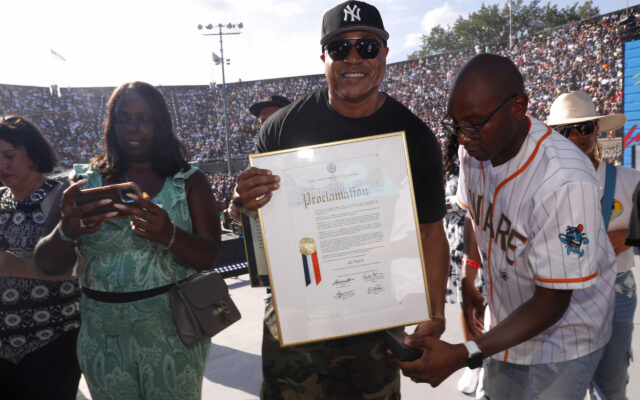 LL Cool J had his first Rock The Bells music festival in his hometown of Queens, New York this weekend. The event was hosted by Roxanne Shante and the line up included, Fat Joe, Scarface, Jadakiss, LL and more. Partial proceeds went to the Universal Hip Hop Museum. LL was also presented with a key to the City honoring his contributions to the culture. In a statement LL said, I feel like Hip Hop is indisposable and I feel like the same reverence and deference in the way Paul McCartney gets celebrated, the way Bob Dylan gets celebrated or Mick Jagger, I feel like these artists, these kings and queens deserve the same treatment for this art form. In rock and roll and country music those artists tour deep into their 60s and 70s but in hip hop once you hit 40 you are considered old. Why is that?