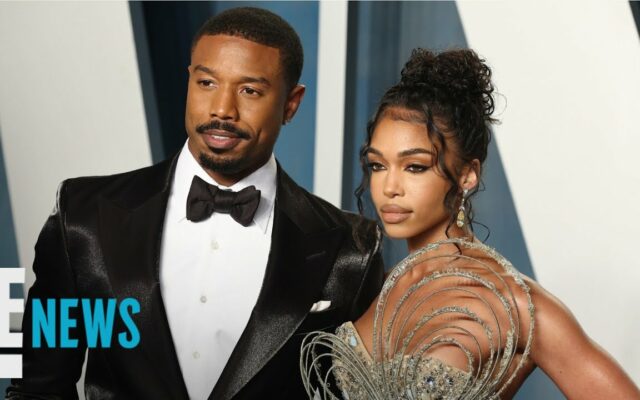 *Lori Harvey is speaking out about how her parents, Marjorie Harvey and (stepfather) Steve Harvey are “couple goals,” as they have inspired her approach to dating.

They’re definitely my couple goals. I literally was just talking to my mom on the phone earlier and she was telling me what she got my dad for their anniversary tomorrow and I’m like, ‘Wow, you guys are literally goals.’ This is what I want one day,” Lori, 25, said in a new interview with Us Weekly while promoting the opening of WAKUDA inside The Venetian Las Vegas on June 24.

“They have the best love, they’re so supportive of me and, you know, just always here for me, whatever I need. So they’re great. I love them,” Lori continued.

“Their biggest thing I think is making communication key. Being on the same page. Like maintaining a friendship,” she explained. “Still liking each other after so many years because of course the love is always going to be there but being able to be like, ‘I really like this person, I like hanging out with them, I have a good time with them. I can laugh and just kick it and hang out.’ That’s really important.”

Steve has been married three times. He and Marjorie have been going strong for 15 years. The comedian and television host recently spoke about Lori and actor Michael B. Jordan pulling the plug on their relationship. We reported previously that Jordan, 35, and Harvey, 25, called it quits after dating for a year and a half. The news initially came from a source “close to the couple,”  reports PEOPLE.

“Michael and Lori are both completely heartbroken,” the source said. “They still love each other.”

“Michael matured a lot over the course of their relationship and was ready to commit for the long term. He let down his guard with her, opening up emotionally in a romantic relationship for the first time,” the insider added. “They had great times together and brought out the best in each other.”

During the June 6 episode of “The Steve Harvey Morning Show,” Steve told viewers, “I feel fine. I’m fine…I still gotta go to work…I still gotta take care of my family.” He added, “I’m team Lori, 1000 percent. She’s my daughter. I love her, I support her.”

Steve went on to suggest that it was an amicable breakup, Vlad TV reports.

“Look, as long as everybody can walk away in peace, be friends…I ain’t heard nobody say they busted no windows or nothing. As long as you don’t put your hands on my daughter, I don’t give a damn what you do.”

Following their reported split, Lori and Michael removed all photos of each other from their Instagram accounts.

“He’s still a cool guy … from what I know. It’s a breakup. I’m pretty sure they’ll be fine. People break up all the time. I just wish I could have broke up without the cost factor!” said Steve about his own past relationships. “I got to start learning from my children, get out early! I waited way too late.”