Nick Cannon Says Kanye West is Getting His Vote: ‘We Need Another Black Man’ in the White House 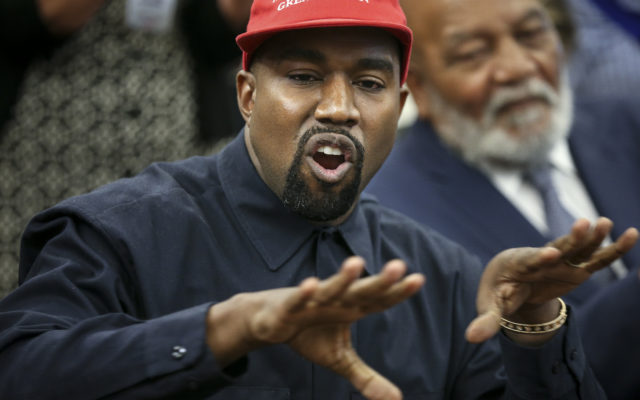 WASHINGTON, DC - OCTOBER 11: (AFP OUT) Rapper Kanye West speaks during a meeting with U.S. President Donald Trump in the Oval office of the White House on October 11, 2018 in Washington, DC. (Photo by Oliver Contreras - Pool/Getty Images)

Nick Cannon is planning on voting for Kanye West in the upcoming presidential election.

The former “Wild in Out” host may be trolling but he made the confession while speaking with a TMZ paparazzo, per Complex.

“I love it,” said Cannon about Ye’s White House goals.

Pressed to say if he would vote for the troubled rapper, Cannon gave a “yeah” and told the outlet he believes “we need another Black man” running the country.

As noted by TMZ, when told that a vote West is essentially a vote for Trump, Cannon said, “You never know, man. Stranger things have happened in 2020.”

West recently responded to claims that his independent presidential campaign is being aided by Republican operatives in an attempt to help President Donald Trump against former Vice President Joe Biden.

In a text message interview with Forbes last week, West danced around the answer when straight up asked if GOP lawyers and Republican Party strategists are conspiring with him to pull votes away from Biden.

“I’m not going to argue with you. Jesus is King,” he said after the magazine pointed out that it appears he’s running a “spoiler” bid to help re-elect Trump.

An article from PEOPLE says “Vice reported on Wednesday that Colorado-based GOP strategist Rachel George, who was the spokeswoman for Republican Sen. Cory Gardner when he was in the House of Representatives, had reached out to colleagues asking to help get West on the ballot, saying she was looking to recruit others who are “in on the joke,” “

“I have the most random favor to ask of you ever… would you help me get Kanye West on the ballot in Colorado? No, I am not joking, and I realize this is hilarious,” George wrote in an email to another operative, which was obtained by Vice.

Meanwhile, we reported earlier… the Trump campaign says it has nothing to do with whatever West is concocting.