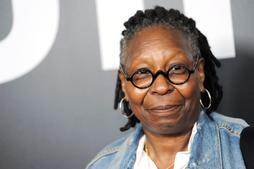 Whoopi Goldberg recently discussed her new movie Sister Act 3 and what fans can expect from the new movie.

Whoopi said, “I’ve been trying to do this for six years. I was told no one was interested in this. It takes a minute for people to realize they should take their foot out of their mouth.”

She continued, “You’re never fully happy with a script because one of the things you find is you wanna have the space to make an adjustment if you need to. Sometimes what looks right on paper doesn’t come out of your mouth the right way. You have to move it around a little bit, but I’m very hopeful people will be happy.”

She added, “Because we did Sister Act 1 and 2 back to back, which is why I think they are really great. But now you need some space on it and you need to let [my character] grow up and become an adult, which is what’s happened. We’ll see. She was an adult when she started but she’s much more of an adult now.”

Which old characters from the first two films would you want to see in this new one?