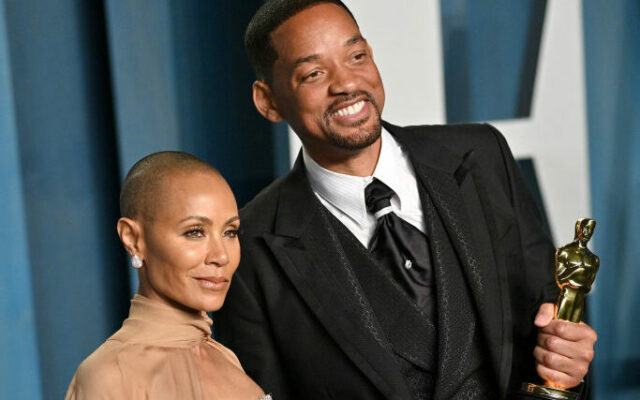 Will and Jada Pinkett Smith are coming to the “Red Table” to address Smith’s Chris Rock slap.

According to Radar, Smith rejected offers to appear on ABC’s Good Morning America and NBC’s The Today Show.

The outlet says Will and Jada could tape the episode as early as this week.

The last time Will appeared on Red Table Talk, he and Jada coined the phrase “entanglement” after Jada was accused of a relationship with singer, August Alsina. The episode garnered over 38 million views on Facebook.

If Will comes to the table will you be watching?

Will Smith has issued an apology to Chris Rock for slapping him on live TV at the Oscars.

“Violence in all of its forms is poisonous and destructive. My behavior at last night’s Academy Awards was unacceptable and inexcusable,” said Will in a lengthy statement on Instagram. “I would like to publicly apologize to you, Chris. I was out of line and I was wrong.”

Smith also went on to apologize to the Academy, attendees, and all involved in last night’s ceremony.

Last night Will shocked the world when he walked on stage and slapped Rock after a joke he made about Jada Pinkett Smith.

Will ended his statement with the admittance, “I am still a work in progress.”

Do you think Will’s career will ever recover from this incident? Do you think a statement is enough?